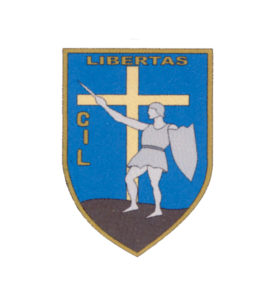 The Italian Liberation Corps was an operative military unit of the Italian Co-Belligerent Army that was formed after the armistice of Cassibile (September 8th, 1943) in southern Italy by the First Motorized Group. Later, its action was continued by the Combat Groups.  It was created in Scapoli, headquarters of the Allied Command, located at the Palace of Marquis Battiloro, where the Monte Marrone military action was conceived and directed, erasing the humiliation of Cassabile, which had led General Alexander to state that the signing of the armistice ”…confirmed the disappearance of Italy from the group of great powers”. 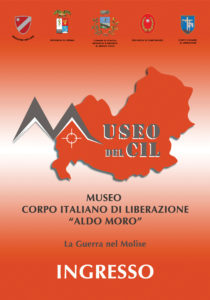 The Italian Liberation Corps was the first “organic” unit of the reconstruction of the Italian Armed Forces with the “evolution of relations between allies on an equal level of authority”.

The opening times of Museum are the following:

NOTICE:  For organizational reasons, from 6 October 2021 the Museum can be visited by reservations only.

To visit the Museum during closing days you can have a booking sending an email to info@comunescapoli.is.it with details (day, time, number of visitors) at least one week before the visit (at least 5 people).